Wondering what it would be like to live in Flower Mound, TX?

Whether it’s to pursue new career opportunities or simply because you want a change of scenery, this guide will be an invaluable resource for you!

While Sam Houston and other Republic of Texas Commissioners were settling old tribal disputes (leading to an 1844 peace treaty signed with the Native Indian Nations) nearby, Presbyterian settlers of the Peters Colony made temporary camps on the prominent 12.5-acre mound that gives the town its name.

Some historians feel this was the birth of Flower Mound, while others consider the Flower Mound Presbyterian Church’s construction in 1854 the true birth of the town.

Flower Mound is unique among Denton County’s pioneer settlements in that it’s one of the few not bypassed by the late 19th century railroads. Nor did it suffer as badly under the Great Depression.

In fact, Flower Mound was able to maintain a relatively stable population all the way through to the mid-1950s, when the town started growing again.

Money Magazine lists Flower Mound, TX as the 16th Best Place to Live in the United States (3 places higher than nearby Carrollton).

The incorporated town is also featured in Bert Sperling and Peter Sander’s book “Best Places to Raise Your Family: The Top 100 Affordable Communities in the US,” which still holds true today (the book was published in 2006).

Flower Mound has a median home value of $386,300 at the moment, which translates to about $140 per square foot.

It’s fairly expensive, especially compared to the US median home value. However, the town has plenty of great features that justify the higher property value!

So long as you’re able to plan your budget and sit down to discuss it with a reputable realtor, you’ll certainly find exactly what you’re looking for in Flower Mound.

Even though Flower Mound, TX is relatively small – just 41.9 square miles in total – there are quite a few neighborhoods to choose from.

To help you figure out where you’d like to settle down, here’s a quick look at the 6 neighnorhoods NeighborhoodScout.com suggests are the best of the best.

Chinaberry Dr/Crepe Myrtle Dr is certainly one of the more expensive neighborhoods in Flower Mound – the median home price is $386,736! Most of the homes have 3 or 4 bedrooms and are owner-occupied rather than rented.

Real estate is rather pricey in this neighborhood, with a median listing price of $216,185. Bear in mind this is partially due to the neighborhood’s popularity – only 2.3% of the homes are currently vacant!

FM 1171/International Pkwy is easily Flower Mound’s largest neighborhood – as well as one of its most expensive. Property in the area has a median listing of $647,861 or is rented for an average of $3,226 per month.

If your pockets aren’t quite that deep, then this might be the neighborhood for you. With a median price of $334,567, it’s still not Flower Mound’s cheapest, but it’s got a welcoming community.

International Pkwy/Windsor Dr has one of the lowest vacancy percentages in the US – a mere 1.1%! The imbalance of supply vs. demand might account for the high median property value of $370,483.

Last, but not least, is Waketon Rd/Eastglen Dr. If you prefer living in an apartment complex, then this is the Flower Mound neighborhood for you – though of course, there are plenty single-family homes too!

The median property value is slightly more forgiving at $368,230.

You can tell a lot about a neighborhood by its food. Here are Flower Mound’s top 10 restaurants – with TripAdvisor links so you can dig into the details:

BestPlaces.net gives Flower Mound, TX a comfortability rating of 7.1/10, indicating it’s more comfortable than most (though roughly average for the Lone Star State).

Flower Mound also has an average of 229 sunny days in a year, with a summer high of 95 degrees Fahrenheit in July and August.

As is usual for the US, the most pleasant months of the year tend to be October, April, and May. Flower Mound’s coldest month, on the other hand, is January, with a temperature low of 34 degrees.

While living in Flower Mound, you can expect precipitation on 77 days of the year on average. It doesn’t usually snow, but the town does get about 39 inches of rain.

All this means Flower Mound is one of the best places in the US for hosting pool parties and BBQs from your summer patio!

There are about 71,575 residents living in Flower Mound (according to the March 2019 census).

Even so, the population density isn’t all that high – 1,707 people per square mile, less than half of the nearby city of Carrollton.

That said, homes tend to have more household members (averaging at 3.1). Part of the reason might be 66.7% of Flower Mound’s population are married, with 53.1% of the total population also having kids. Only 7.8% are divorced, while 8.2% are single parents.

The female population slightly outnumbers the male population: 51.1% vs. 48.9%. Flower Mound is also somewhat older than the national average, with a median age of 40-years-old.

Flower Mound’s local job market is projected to grow by 50.2% in the next decade, which is streaks ahead of the US average projected economic growth of just 33.5%.

This is partially based on the 3.3% growth seen since last year.

The town’s unemployment rate is also a lot better than most US locations: a mere 2.9%, compared to 3.9%.

However, bear in mind as a Texan town, Flower Mound is subject to the state’s 8.3% sales tax.

Of course, income tax is still 0%, which is especially great considering the average income per capita is $45,981. The median household income in Flower Mound is also rather favorable at $121,549 – almost double the national average!

With that said, it’s also important to note Flower Mound has a cost of living index (more details in the next section) 19% higher than the US average.

12.1% of Flower Mound’s working population find their employment in the professional, scientific, and technical services.

Retail comes in second at 10.9%, while educational services make for a close third at 10.1%. Knowing this might help you better decide whether Flower Mound will be a good option for you if you’re moving specifically for work.

Knowing an area’s cost of living index is very important when you’re considering relocating there.

Even if you’re a long-time resident, it’s always good to know where your home town stands compared to the national average!

We like to use BestPlaces.net, as they keep things simple when making such comparisons. For example, you can easily see Flower Mound’s cost of living score is given as 119.

As mentioned in the previous section, this is 19% higher than the US average, which is given a score of 100.

Here’s a quick breakdown of the different factors that go into determining Flower Mound’s cost of living index:

As always, the biggest metric that marks Flower Mound as a relatively expensive town is its housing costs.

Bear in mind this will also depend on the type of home you’re looking for. You could easily find something valued closer to the national and even state averages if you pick the right neighborhood.

The important thing is to look at a home’s potential – which Cre8stone can help you reach with our super affordable stone overlays!

So simply work out your budget and talk with your realtor. If you can afford to buy a home in Flower Mound, you certainly won’t ever regret it.

Flower Mound’s transportation costs aren’t all that different from the national and state averages.

However, if you’re wondering just how much it’ll affect you personally, here’s a slightly more in-depth look at the town’s commute statistics:

If you exclude those who work from home, 1.9% of Flower Mound’s workforce enjoys a one-way commute time of fewer than 5 minutes.

Of course, you might work further away from home and have to sit in more traffic, which might put you in the 1.6% who take longer than 90 minutes to make the same one-way trip.

Still, most of the population is able to average on about 29 minutes one-way. It’s a little longer than the national average, which is 26 to 27 minutes, but not by much.

In an earlier section, we mentioned a book by Bert Sperling and Peter Sander. If you’re familiar with BestPlaces.net, you’ll recognize that first name – the website is also known as “Sperling’s Best Places.”

We found it to be more accurate than most of its competitors, which is why we tend to use BestPlaces.net to help us with most of the statistics we share here.

After all, Cre8tstone is big on accuracy!

To close off, we’d like to include a short list of how BestPlaces.net has ranked Flower Mound:

Well, this is because Flower Mound is an incorporated town. As such, it falls under the Dallas/Fort Worth Metropolitan Area and shares its rankings.

If you ask us, Flower Mound would actually rank a little higher in some of them if it were considered separately! 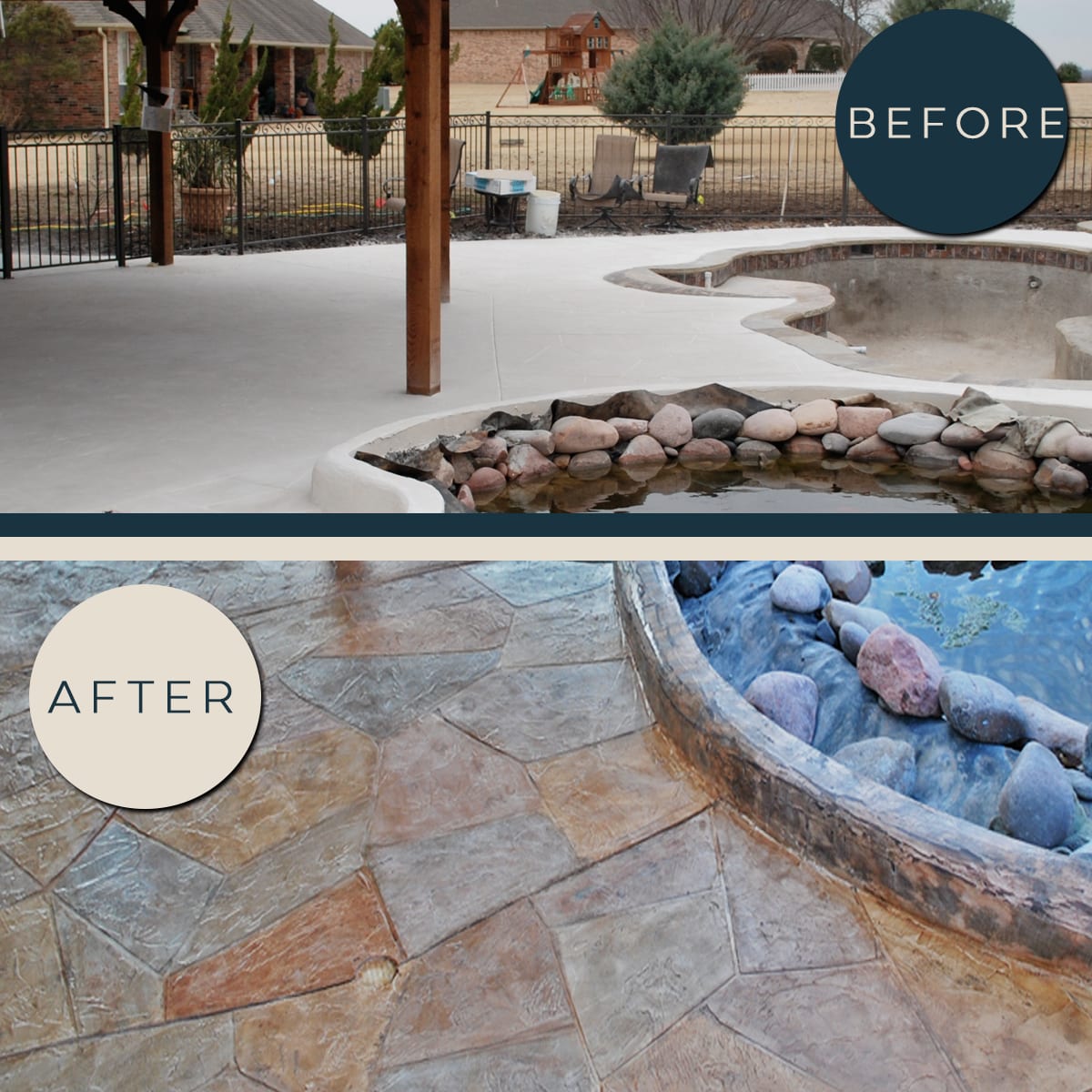 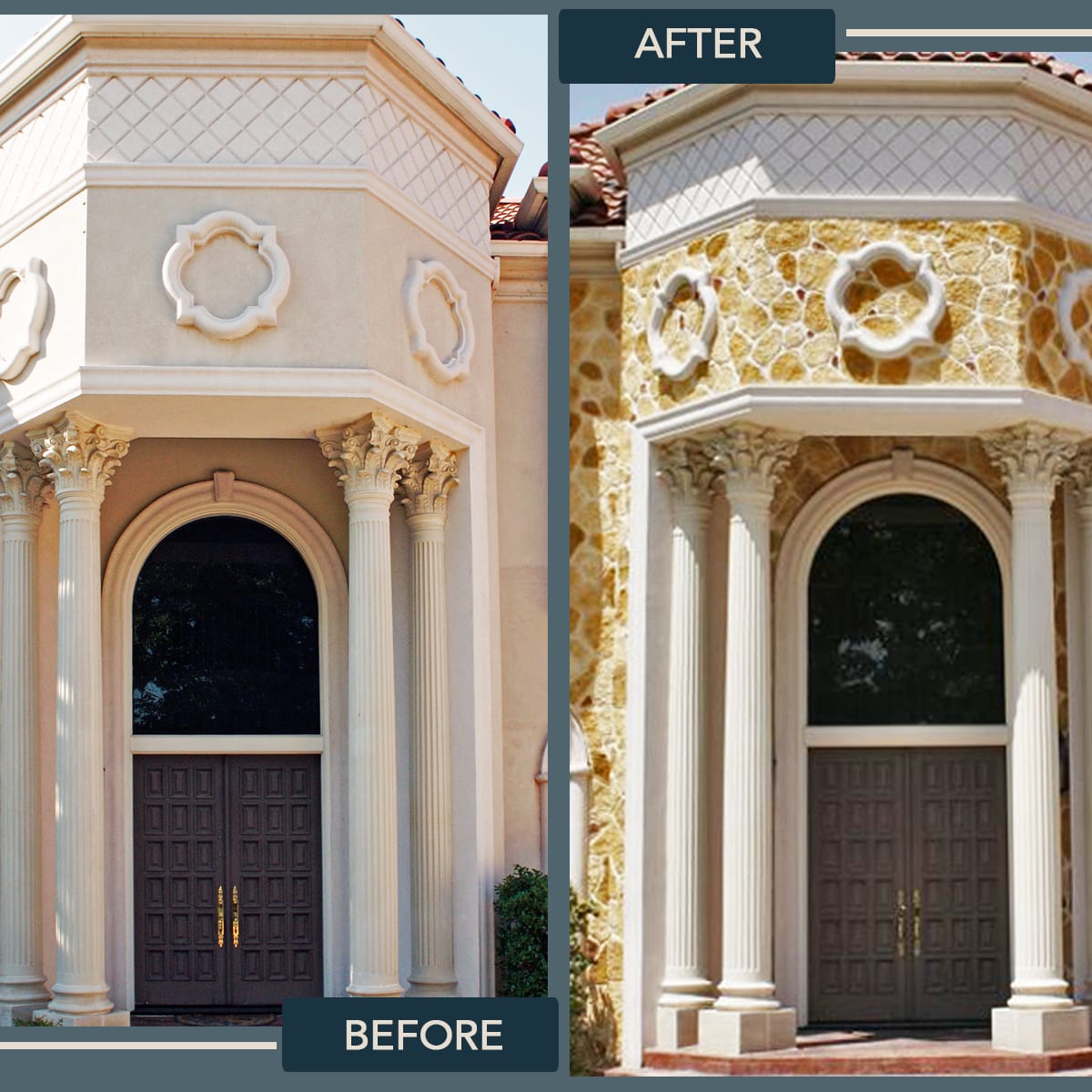 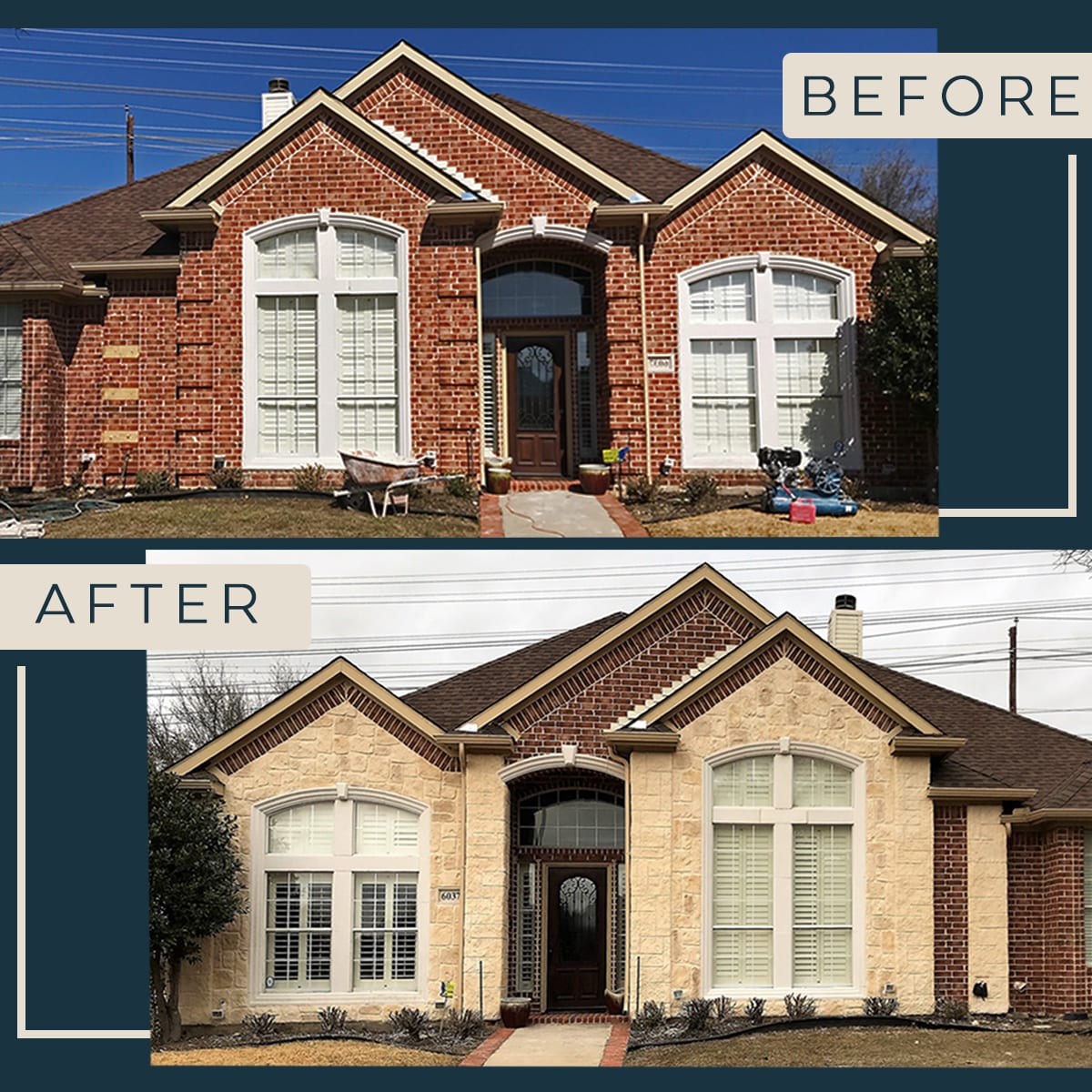 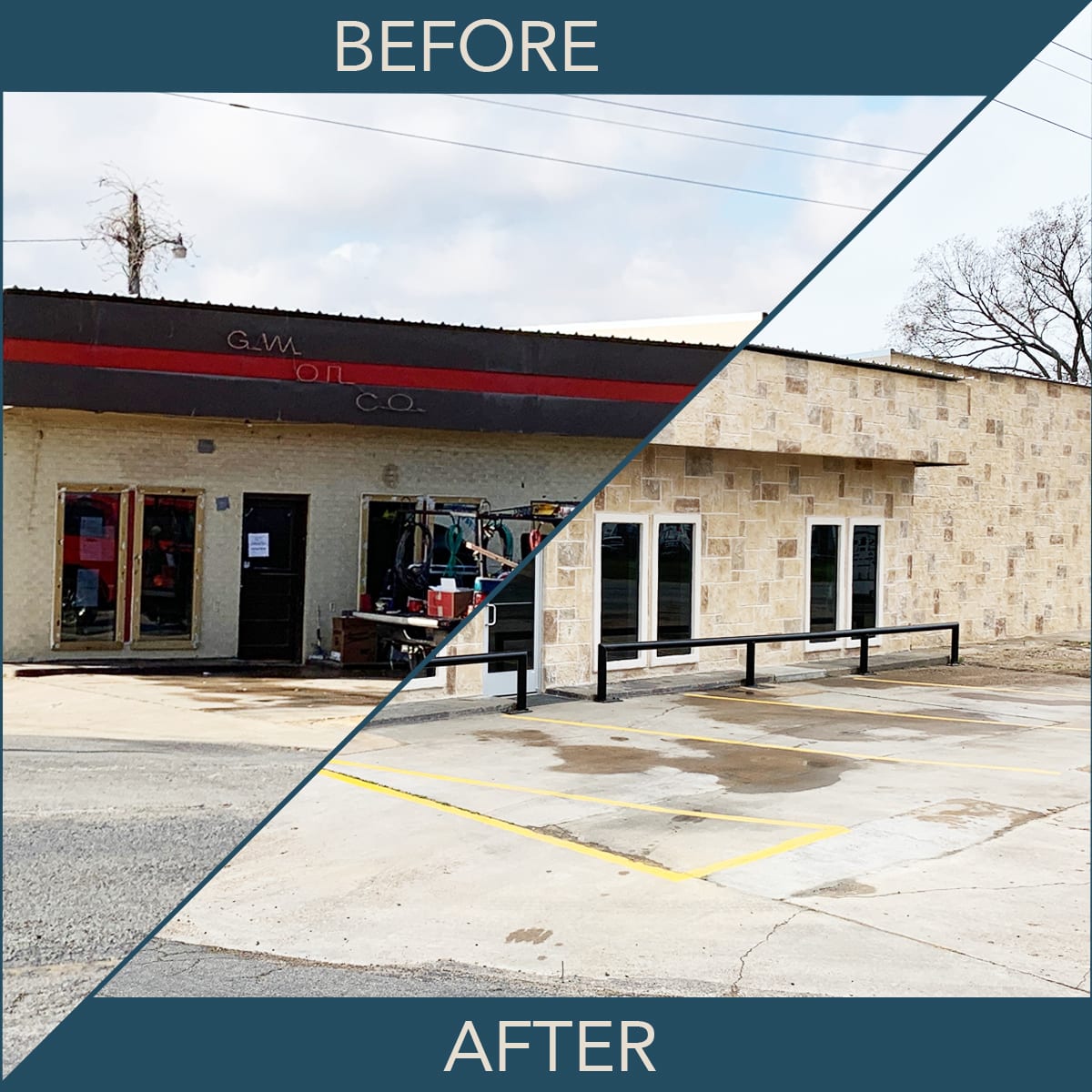 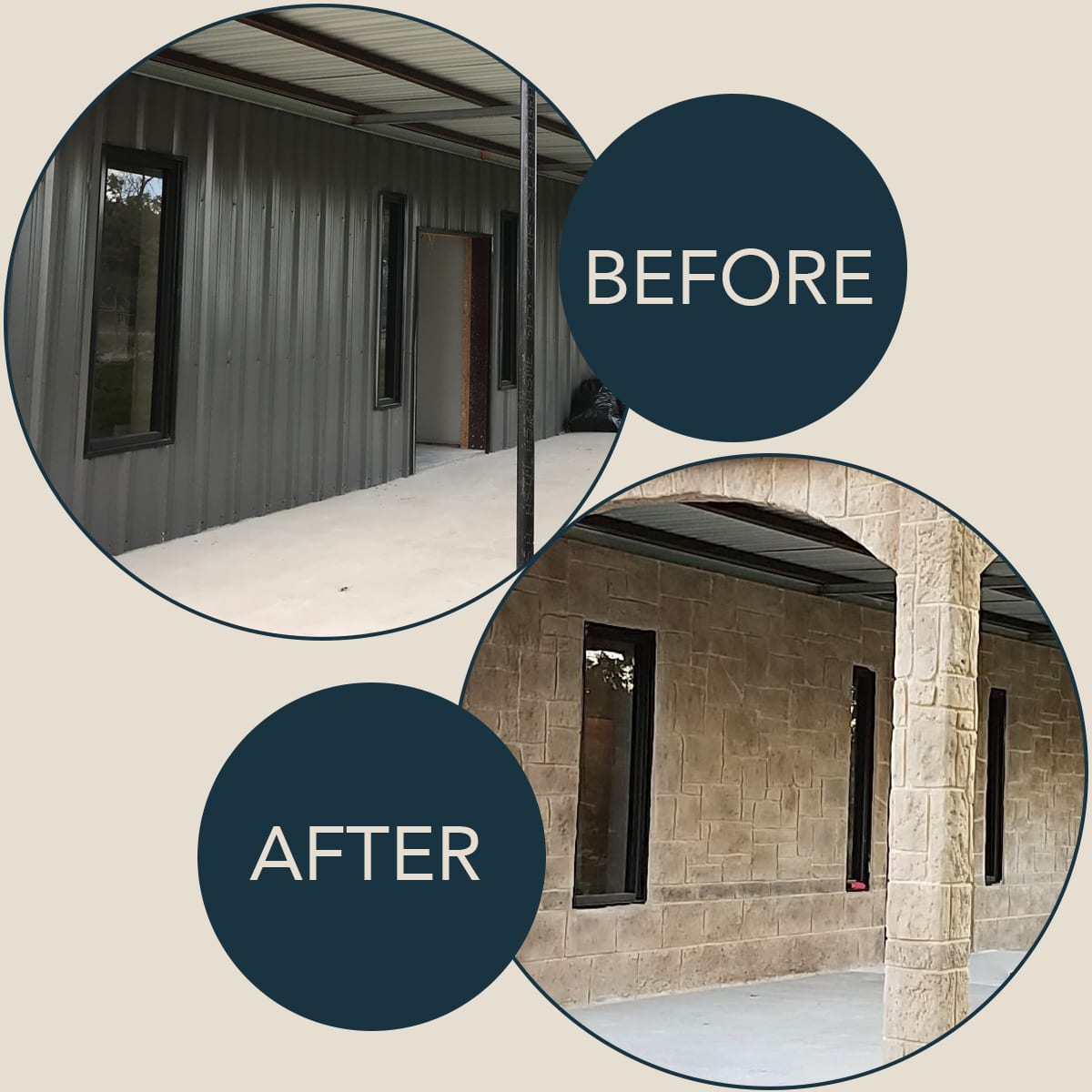 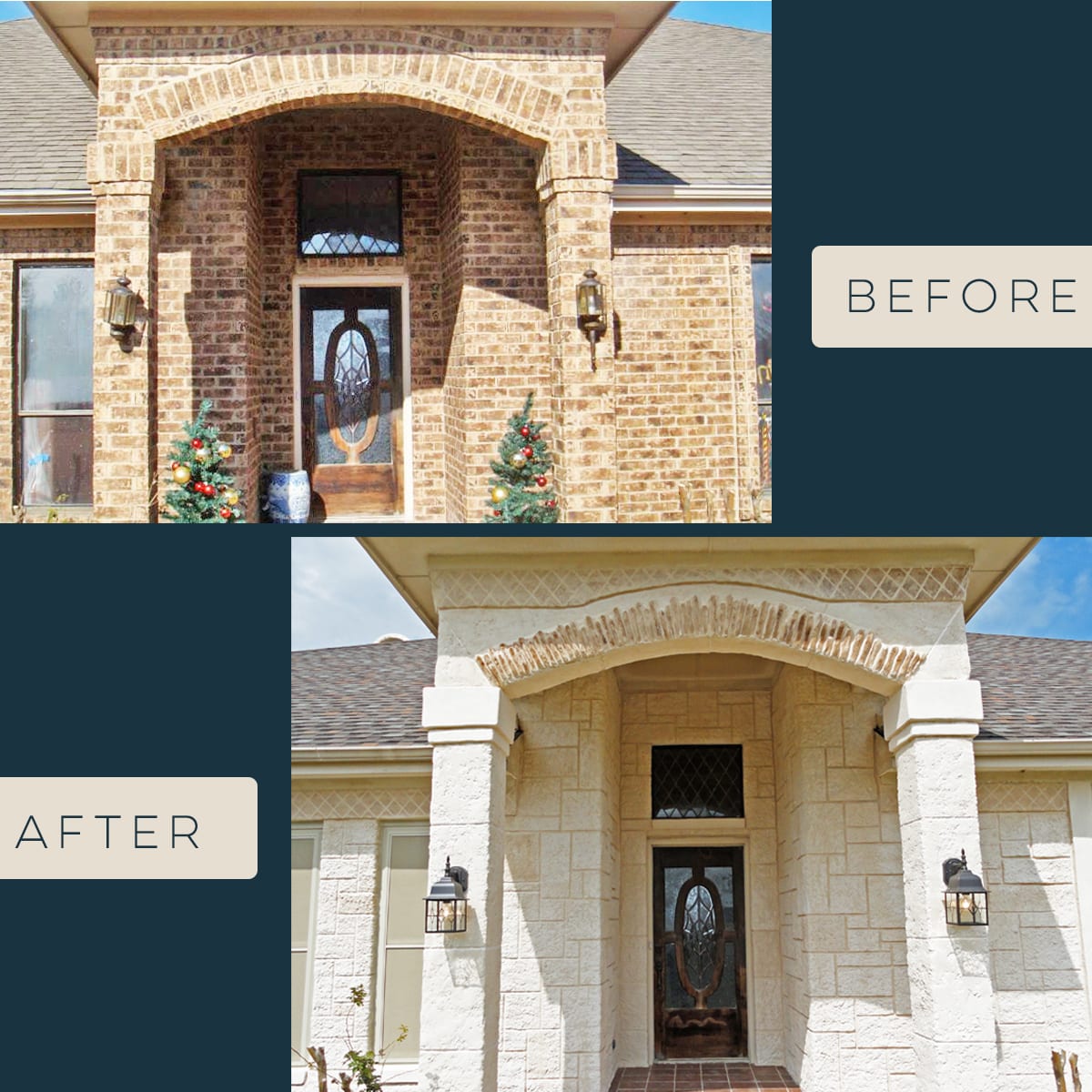 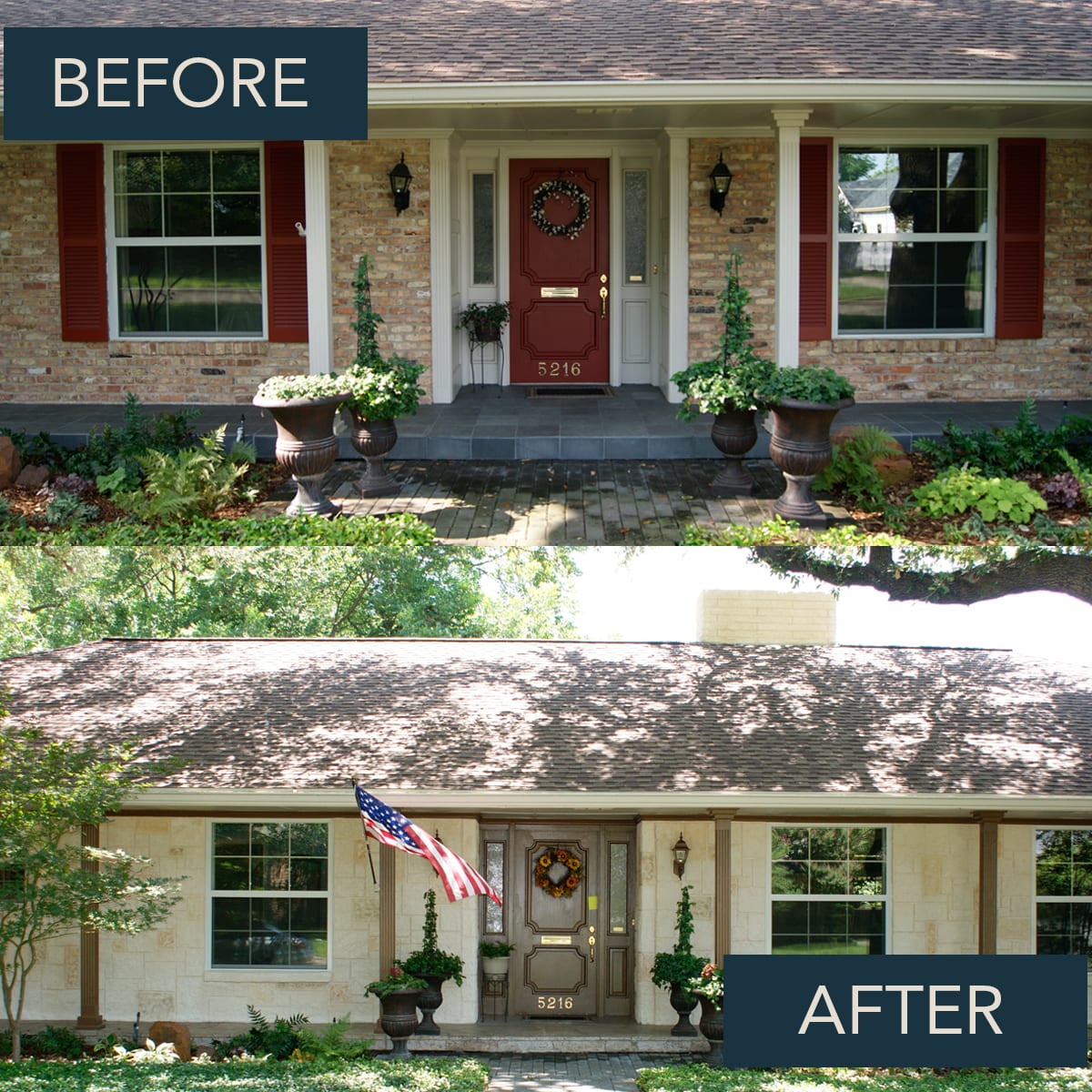 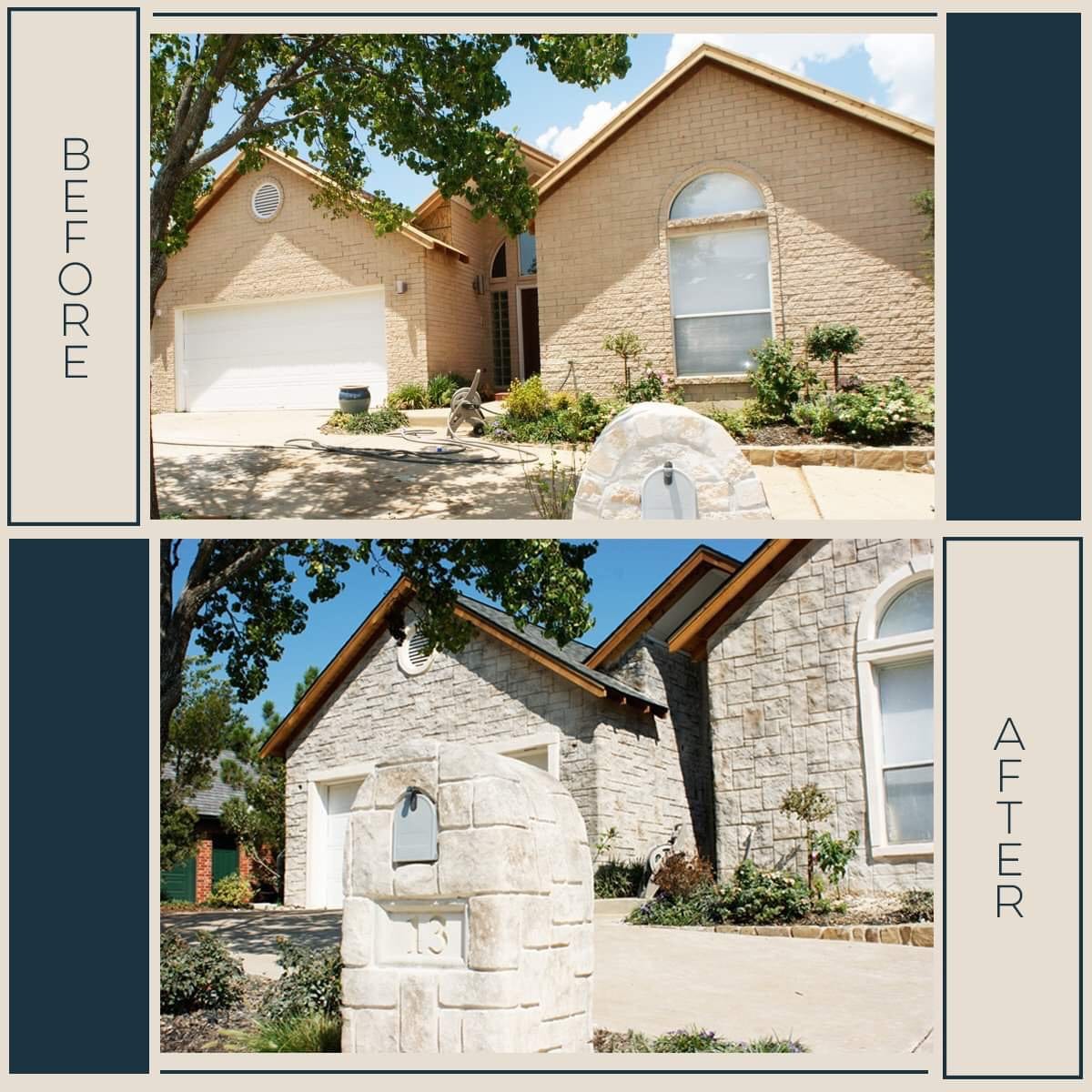 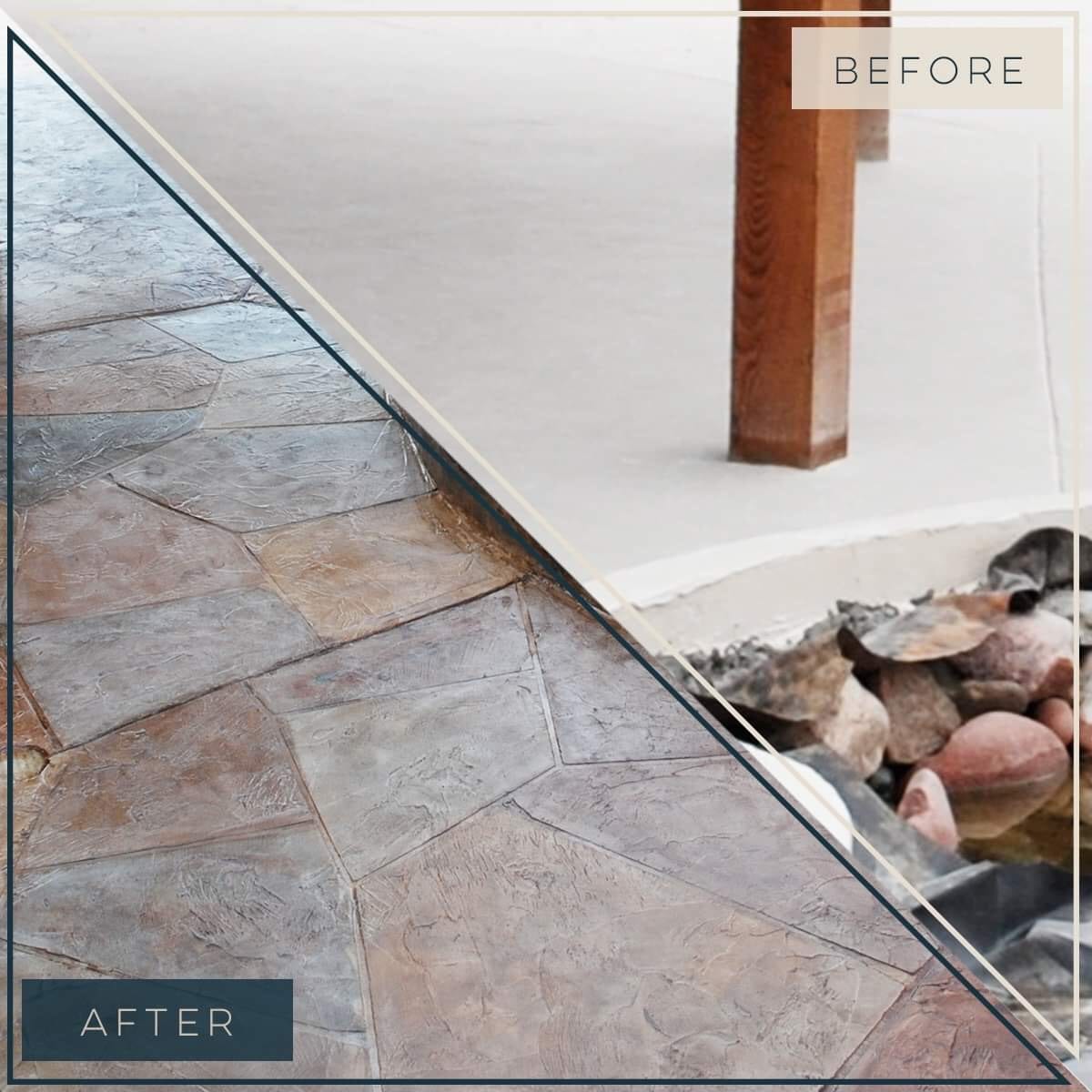 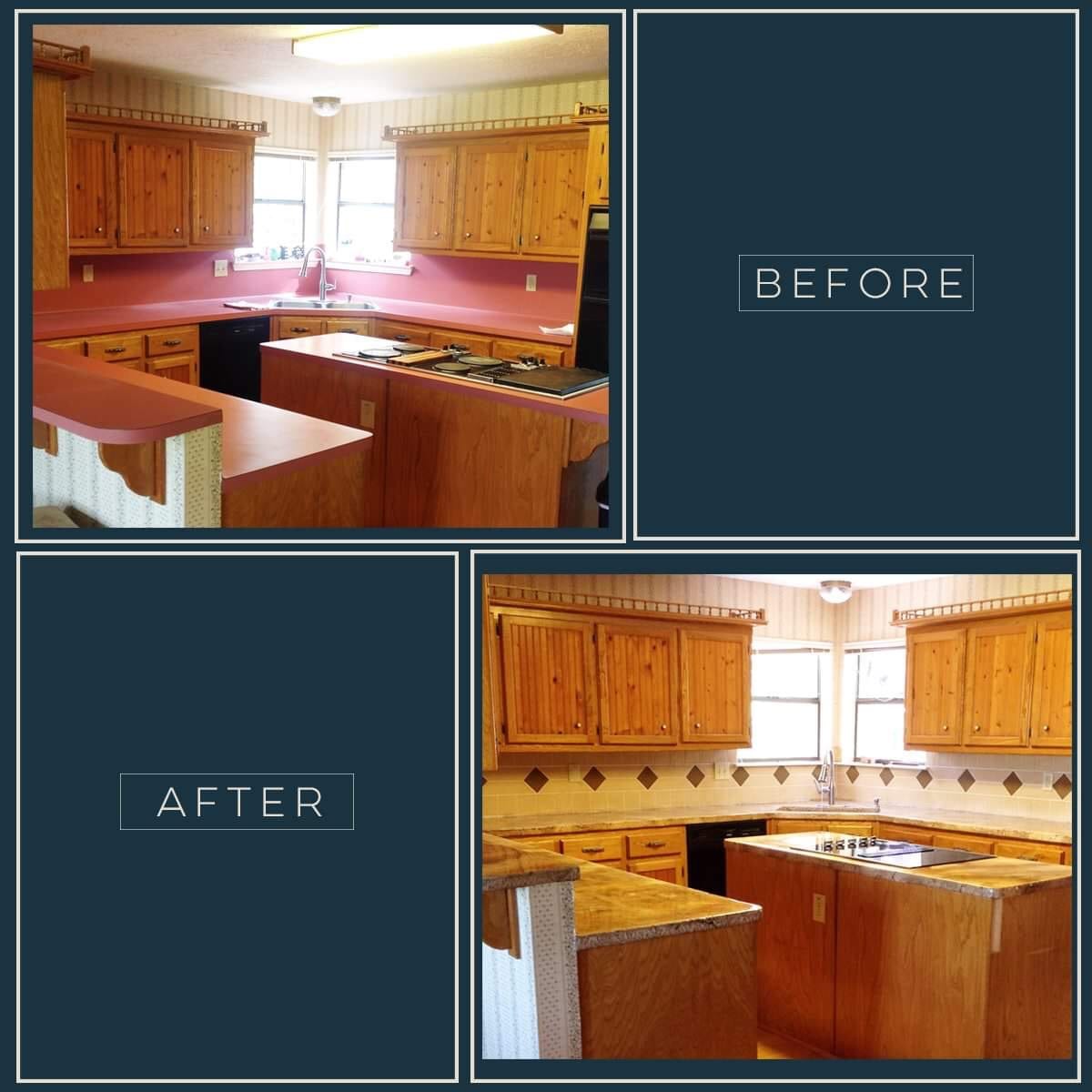 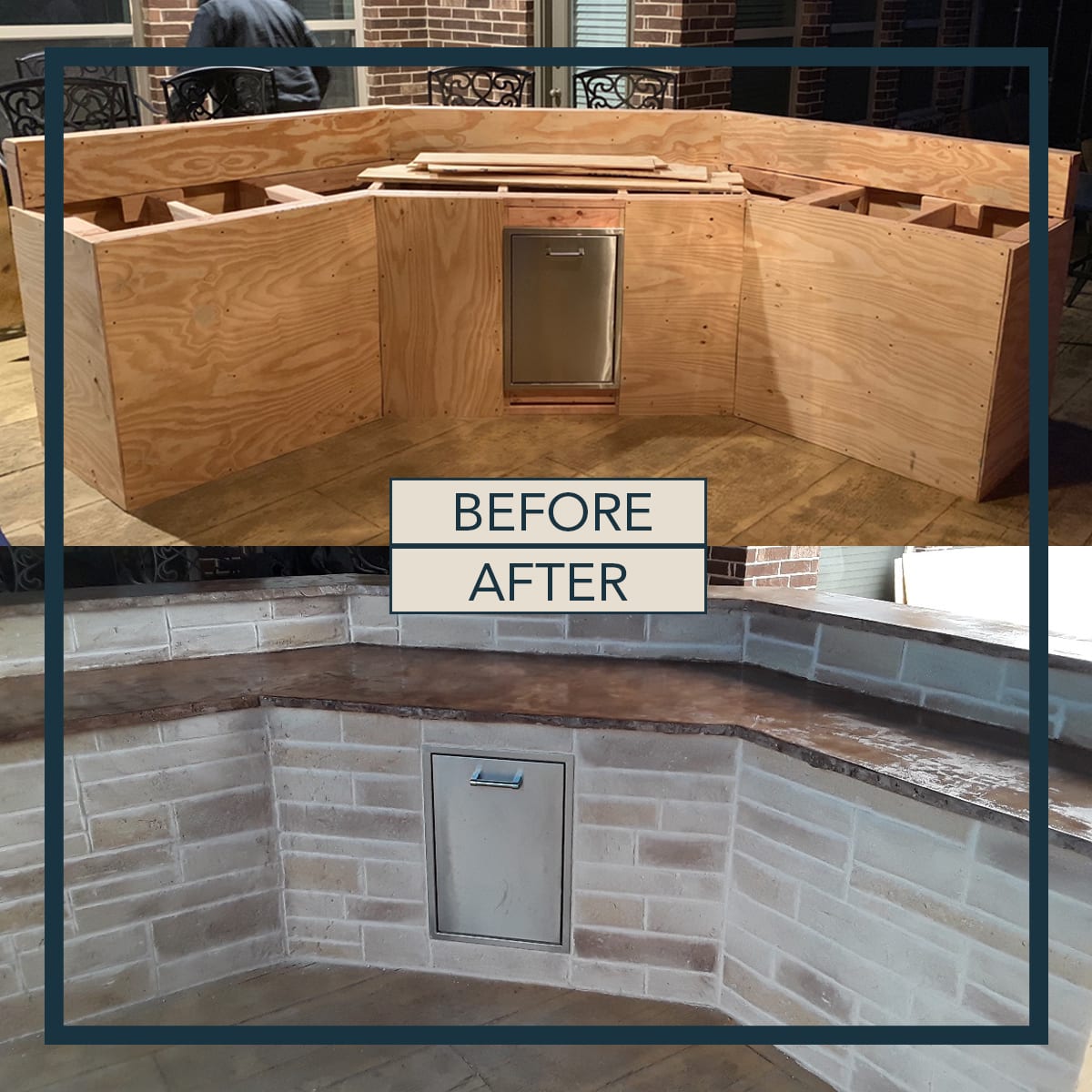